Some of last weeks local harvest thanks to Mem and

Local Rhubarb thanks to Farmer Mem and her son Nic

Olsson’s Rock Sea Salt remains free from additives or preservatives and retains a high level of natural marine minerals and trace elements. It is suitable for cooking, for the dining table and for bathing.

Solar salt is produced by the action of sun and wind on seawater in large ponds. This process is called SOLAR EVAPORATION and this type of salt is called Solar Sea Salt. Salt crystals start to form when the brine concentration reaches 25.8% Sodium Chloride (NaCl). At this point the brine is moved to what is called a “crystalliser pond” where the salt will begin to drop out of the water, forming a layer of salt on the crystalliser pond. Olsson’s Sea Salt is then harvested, dried and packaged.

Olsson’s sea salt has as its only ingredient seawater from two of the world’s most pristine oceans, the result is one of purest sea salts available. There are no chemical processes involved in the manufacture of our product, which is why we can guarantee that it is perfectly natural and pure.
Salt is the world’s oldest known condiment and many of the world’s most distinguished chefs recognize the taste advantage of sea salt over other salts. Salt is essential not only to life but to good health. Sodium, most readily found in salt, regulates fluid balance and is absolutely necessary for movement, nerve impulses, digestion and healing of wounds. 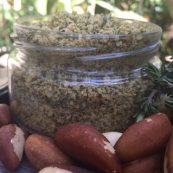 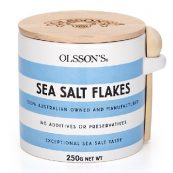